The Rebbe brings out from a year where Rosh Hashana falls out on Monday and Tuesday an emphasis on the special value of the avodah of Yidden.  The world as it was first created was perfect, but it was a limited level of perfection.  Only through the avoidah of Yidden — an infinite neshoma enclothed in a limited physical body — can the world transcend itself and achieve a higher level of perfection.  This is the idea, discussed in other sichos, of 10 and 11: the number 10 represents original perfection, and the number 11 transcends that original perfection.

And, as the Alter Rebbe said, that Moshiach’s arrival would be publicized in the newspapers, the Rebbe states:

May the Redemption come immediately, indeed, may it be that it has already come. For the newspapers have already written about Moshiach’s coming — may they continue to write more and may these articles be in the past tense for Moshiach’s coming will already be a reality. 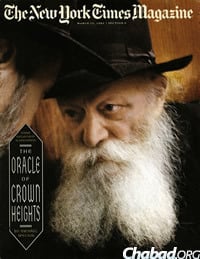